“Art Zimbabwe is an expanded approach to mail art and contemporary art processes having mainly to do with structural purposes of a particular 'native information'. It is the study of a particular landscape without any outside influence."
-Richard Parry

Richard Parry sits down in the Astrup Fearnley Museum with Ida Sannes Hansen to discuss the Art Zimbabwe collaboration, his influences, and the history of his work. Highlighting Parry’s multidimensional approach to art making, this online event features artworks from pivotal moments in his trajectory, alongside a range of cultural influences that have shaped his practice over time.

“One insight is that we're not directly deceived by Art Zimbabwe but the contrary: we think of it as an ordinary thing. Our belief has been objectified.”
—Richard Parry

Richard Parry often transforms enclosed landscapes into expanded fields. In his Art Zimbabwe textiles, a curator engages the conditions of creation as Parry's subject-matter by contracting a local screen printer to 'finish' the souvenir fabric purchased from the airport arrivals lounge where such material is usually found. The hazily hand-pulled “monogram” simultaneously incants international luxury and melts into the polyester readymade, becoming both content and context. In Art Zimbabwe Counterfeit Textile 6 (2011) the Luis Vuitton logo soaks into an almost fluorescent fuchsia ground suggesting a permeable terrain or zone that asserts its radiant critique beyond the physical picture plane. 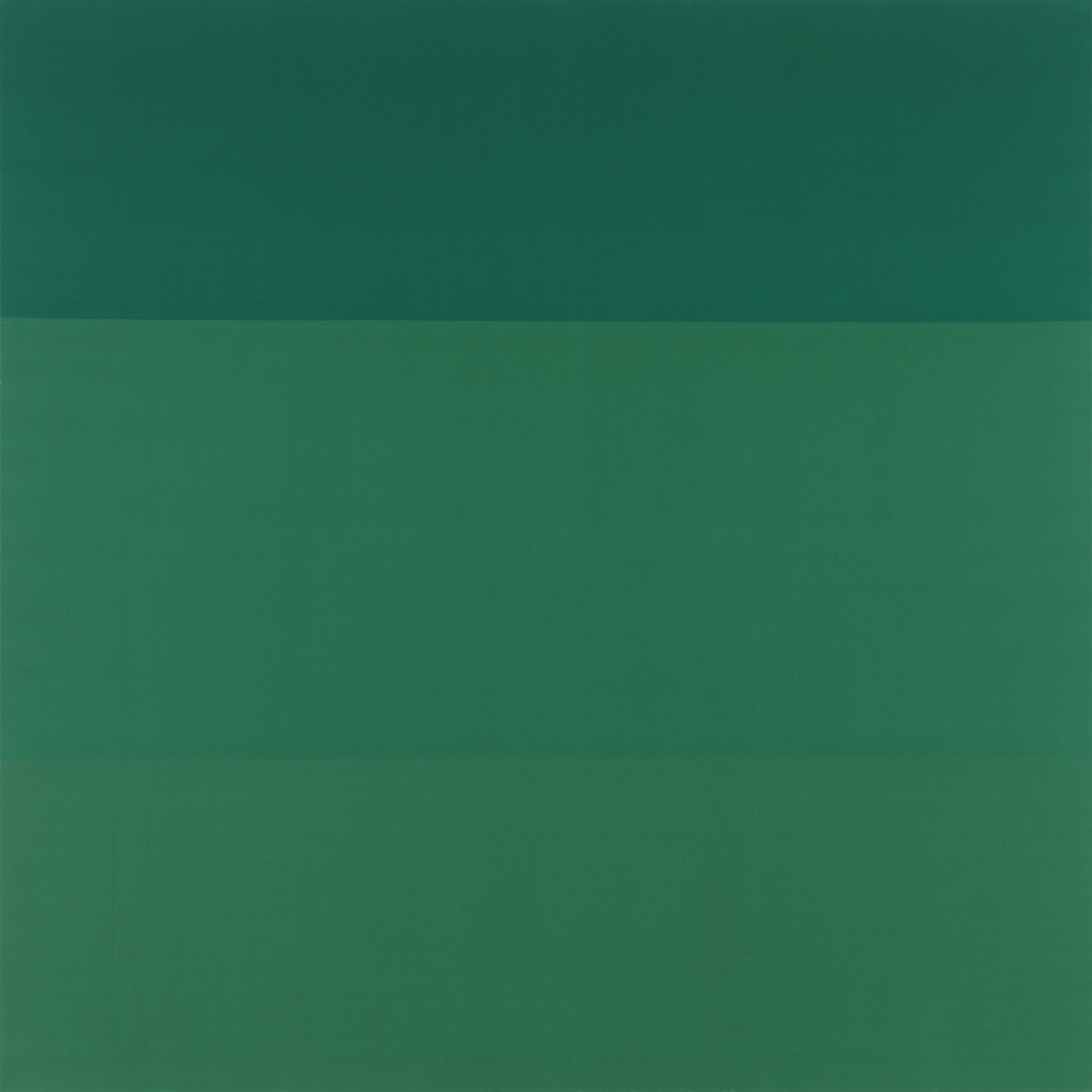 Parry has said, “The counterfeit textiles for me ended up expressing a lot of different things I was into at the time. There was anxiety about how to make a painting, and about the obvious scenarios that link painting to where a contemporary art can possibly go. It was also a way for me to contend in a very formal way with an international exhibition context that was ultimately about the space being printed across and the violence of that. I like the polyester blankets, and how their reception at the National Gallery of Zimbabwe also became a confusing situation with the imperfections and implications of authenticity.”

Parry has related his counterfeit textiles to the fabric paintings of Blinky Palermo such as Untitled 1970 (fig. 1; 1970), where simple lengths of coloured material are cut, stitched together and stretched over a frame. The viewer is presented with the spatial relationships between form and colour. Art Zimbabwe Counterfeit Textile 2 captures this tension between 'local' processes and the global nature of the readymade gesture. Suggesting both confinement and freedom, the processed surface echoes both the mass-produced origins and free market economies of Palermo's fabrics that were hand-stitched together by others, while the inconsistent pattern - traces of the screen-printing technique - “ended up an unexpected motif not only of legitimacy, but contradiction," melding foreground into background.

In 2019, thinking about Art Zimbabwe’s influence on his ongoing practice, Parry wrote, “Even after I've decided that there is no more aura without hypocrisy, I think that there could still be a way to put something out in the world that could have a mood, that could read universally. . . . This is what I would like for the Art Zimbabwe project: that it represent everything that came before it, and also a very particular time frame; and that it not only do justice to the aesthetics of that history but would mean something very poignant to this moment right now.”

“Am I the only one around here that finds deliberate manipulation of culture by a nation state that routinely champions the so-called wisdom of the invisible market hand to be very not OK?”
—Richard Parry

Through his work, Richard Parry has often merged the formal and the conceptual, amplifying tensions between contrasting environments and ideas. These material and ideological frictions are most evident in his Art Zimbabwe banknote paintings, one of Parry’s most definitively recognizable series.

At first sight, the reflective surfaces appear inhabitable, with an inherent familiarity and even an exotic quality about them. Yet, these contemplative spaces are actually rather subversive. Once they have relocated their viewer within them, they perversely recontextualise aspects of the institutional architecture around them, and while they seem Instagram-friendly at first, Parry describes them as “grotesque”.

An important installation that included works from the Art Zimbabwe banknote series was held in the Astrup Fearnley Museet, Oslo. Parry's Art Zimbabwe (2014–15; fig. 1), a large-scale installation of unsettling landscapes-within-landscapes, merged the territories of inflationary banknotes whilst reissuing architectures of the institutional surveys they appeared within within. 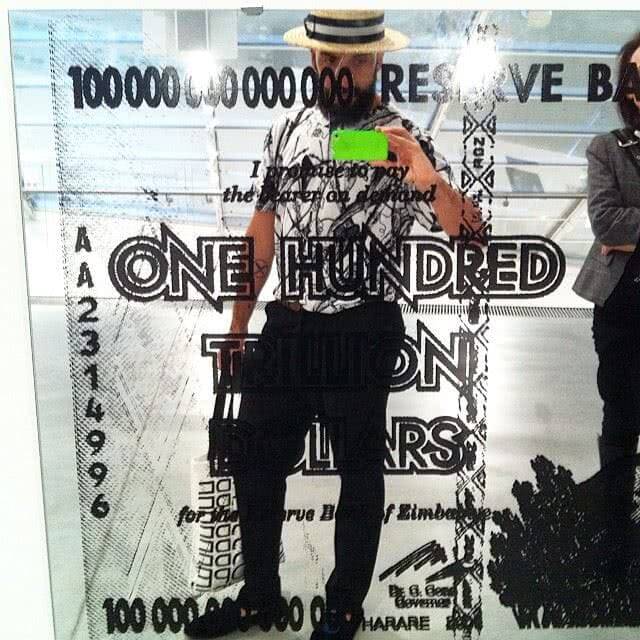 In AA2314996 (2014)—a work that merges neoliberal mythology, contextual fetish, and the radical implications of space within space—the viewer’s own image is displaced within a fictive landscape, recirculated as marketable content through a mirrored ground. When setting out to make the Art Zimbabwe works, Parry wanted to devise a situation as inclusive and fictional as secondary art markets, combining glamour of the white cube, with the biopolitical discomfort of subjectivities and economies stuck eternally ‘emerging’. Parry sees this series as post-psychedelic, yet engaged in political commentary.

The dollar signs of Andy Warhol are clear predecessors of Parry’s works in mirrored glasses. Where Warhol sought to look outwards to make something that’s legible as part of pop culture, Parry is looking to undermine the art fair lineage and its definitive cultural designation. 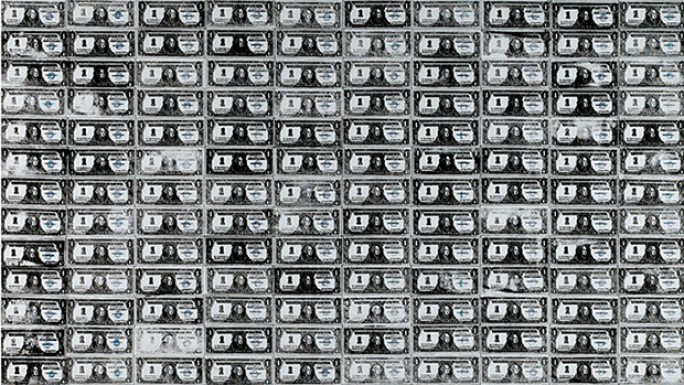 Interestingly, Parry worked at Christie’s auctioneers for ten years during the noughties' markets. He developed a nuanced approach to participating within Post War & Contemporary scenes, and what he saw as their claims on imaginative form, self-perception and space.

“I use Art Zimbabwe as a kind of schizophrenic mediation strategy; where the production of subjectivity becomes a crucial site for analysing and intervening in the reproduction of nature.”
—Richard Parry

Richard Parry’s work engages with issues related to autobiography, landscape, and the role of the artist in a globalised society. Employing diverse aesthetic strategies and mediums - including Painting, Field Recording, and Land Art - he examines the complex relationships between spatial politics and cultural change. Born in Hull, Humberside, Parry moved at a young age to Colchester where he grew up in Essex. Parry graduated from Goldsmiths College in 2006.